"23, tanggua stick", December 23 and 24 of the lunar calendar, is a traditional Chinese cooking day,

also known as "Xiaonian". It's said that the kitchen Lord was originally a common man, Zhang Sheng.

After he got married, he spent a lot of money and lost his family business and went to the streets to beg.

One day, he begged his ex-wife Guo Dingxiang's house. He was so ashamed that he went under the stove

and burned himself. When the Jade Emperor knew about it, he thought that Zhang Sheng could change

his mind, but it was not so bad. Since he died at the bottom of the pot, he became the king of the kitchen.

He reported to heaven on the 23rd and 24th of the twelfth lunar month every year, and then returned to

the bottom of the kitchen on the 30th of the new year. The common people feel that the kitchen king must

be respected because he will report to heaven. Therefore, the people had the "small year" of sacrificial

kitchen on the 23rd and 24th of the twelfth lunar month,Pray for peace and fortune in the coming year. 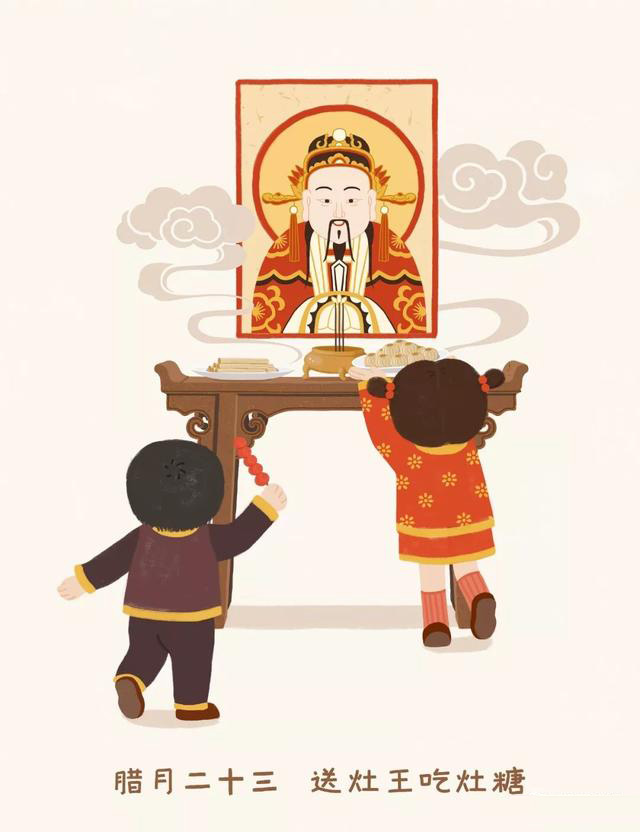